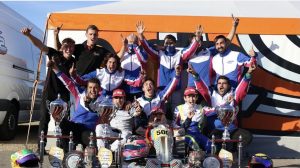 2️⃣0️⃣2️⃣0️⃣ Signed off in style🥂

👉 With 2020 drawing to a close, there was one final chance for silverware in an already very successful X30 campaign for the Spanish Championship winning GFR Engines outfit, supplying engines to the biggest teams in Spanish karting competition as well as to privateers alike. 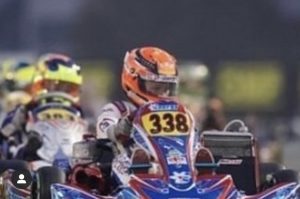 🇵🇹 GFR also were operating at Portimao in Portugal for the IAME I Games in the X30 classes.

At the close of play we saw another podium this time from Lorens Lecertua on X30 Junior with an astounding 🅿️3️⃣ from a start grid of P12! Santi Vallve took P10, Lucas Fluxa P20 & Eric Gene in P23. Amazing work guys! 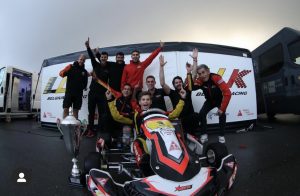 In Senior X30 was a case of what could’ve been with GFR Debutant Morgan Porter leading parts of the main final and always in the fight for victory but settling for 🅿️5️⃣ at the flag .Alex Lahoz took P2 overall in TQ and never out of the top 3 in his heats apart from 1 DNF which ruined his chances of a podium which looked like it would happen at the rate he was going at. In the main final Nogales who took P7 overall in the qualifying session and a good run of P6/7/7/11 in his heats took P16 and Lahoz a disappointing P19 – both capable of much more.

A very long week for all concerned so well done to all of our teams, drivers and families! 👏👏